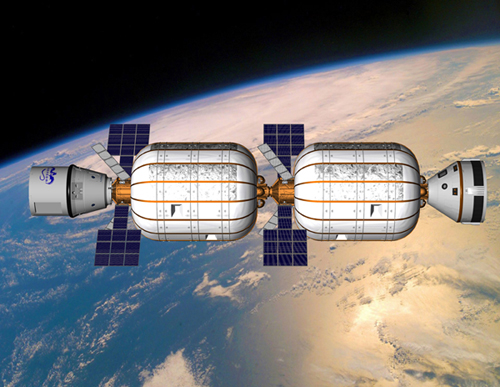 What do Richard Branson, Elon Musk, Larry Page, Eric Schmidt, Robert Bigelow, Ross Perot Jr, Paul Alan and Peter Thiel have in common? Well, first of course, they are billionaires. But secondly, they invest in space companies. When top billionaire entrepreneurs start to invest in something new, we may see the formation of a new trend. But why space, such a hard and long term endeavor, why not just simply betting on the next billion dollar app? It’s because of the question these people are asking: what are the biggest challenges humankind is facing? One of those challenges is increasing population vs. scarcity of resources. END_OF_DOCUMENT_TOKEN_TO_BE_REPLACED

My Notes From: The Breakthrough Experience

These are my notes from the book. There is a seminar with the same name, which is Dr. Demartini’s core program.

The Essence of Life

END_OF_DOCUMENT_TOKEN_TO_BE_REPLACED

My Notes From: The Magic of Thinking Big

This are my notes from David J. Schwartz’s book The Magic of Thinking Big:

Believe You Can Succeed And You Will

How to develop the power of belief:

END_OF_DOCUMENT_TOKEN_TO_BE_REPLACED

Posted in My Notes | 32 Comments

The Ultimate Reason why Space is Important

In this new entry to my Favorite Speeches Robert Zubrin, author of The Case for Mars and founder of The Mars Society, explains the ultimate reason why colonizing space is important.

It’s not about surviving the next big asteroid that will hit earth or other events far in the future. It’s about the psychology and development of humankind in the immediate future!

We have been using the poster version of the Business Model Canvas at STARTup Live events to drill down on our business models.

The poster is great to collaborate on one physical sheet of paper, but I needed a digital friendly version to save the results and work on it later. So here is my bullet point structured version of the business model canvas crated with WorkFlowy. It can be copied and pasted from the website into most word processing applications.

END_OF_DOCUMENT_TOKEN_TO_BE_REPLACED

This story is definitely one of my favorite speeches, it made me see Sylvester Stallone in a completely different light and serves as inspiration when I have to decide between money and “my way”:

The following passage from Marianne Williamson‘s book ‘A Return To Love‘ is commonly mis-attributed to Nelson Mandela’s 1994 Inaugural Address.

Non the less, it gives me goose bumps every time I hear or read it. This has to be one of the deepest truths about us humans:

Our deepest fear is not that we are inadequate.

Our deepest fear is that we are powerful beyond measure.

It is our light not our darkness that most frightens us.

We ask ourselves, who am I to be brilliant, gorgeous,
talented and fabulous?

Actually, who are you not to be?

You are a child of God.

Your playing small does not serve the world.

There’s nothing enlightened about shrinking so that other people won’t feel insecure around you.

We were born to make manifest the glory of
God that is within us.

It’s not just in some of us; it’s in everyone.

And as we let our own light shine,
we unconsciously give other people
permission to do the same.

As we are liberated from our own fear,
Our presence automatically liberates others.

Brilliant stuff, got me totally clear on what I am (mechanic) and better ideas on how to leverage that to create value!

No notes so far, but Wikipedia has an overview of Wealth Dynamics

END_OF_DOCUMENT_TOKEN_TO_BE_REPLACED

My Notes From: The Secret

My notes from the book The Secret by Rhonda Byrne. There is also a film about the same topic.